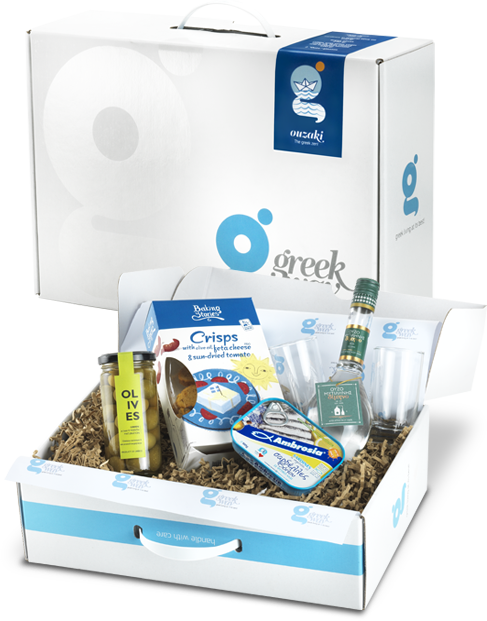 Ouzo is a traditional Greek alcoholic beverage.
Its main ingredient is anise, from which it derives its distinctive aroma.
It is said that ouzo has been produced in a similar fashion since ancient times.
Distillation is done in special stills (boilers), made of copper.
Ouzo ideally accompanies varieties of Greek appetizers called “meze”. On the islands or in coastal areas, ouzo is often enjoyed with seafood.
When in the mountains, it is served with sausages, pickles and other spicy and savory dishes.

All this accompanied by an easy recipe to live the Greek way experience at it’s best.

Ouzo is served in a narrow and tall glass, ideally with lots of ice cubes or cold water. When water is added, ouzo turns white due to the anise it contains.

TIP. Ouzo can also be served as a refreshing aperitif before meals.