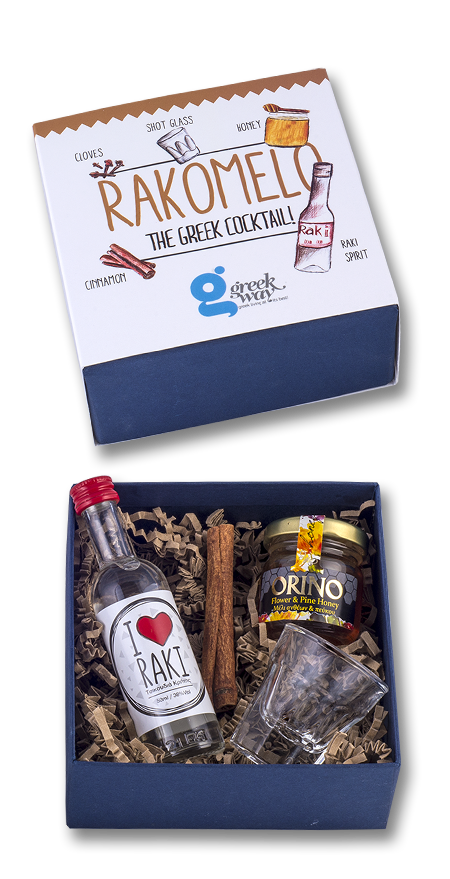 Rakomelo is an alcoholic drink made from raki and honey, with the addition of spices such as cinnamon, cloves and other local herbs.
The roots of rakomelo trace back to either the Peloponnesian the 12th century or, according to other historical sources, to Crete and Amorgos.
Today, rakomelo is widely manufactured in Crete and on other Aegean islands.
It is mainly consumed in the winter as a hot drink, while in the summer it can be enjoyed chilled as a shot.

Raki (as many shots as needed)
Honey, ½ tsp per shot
Cinnamon sticks
1 clove nail per shot

Preparation
In a small pot add raki with cinnamon and cloves.
Once the raki begins to heat, add the honey and stir, before it boils.
Remove the cocktail from heat and serve hot in a shot glass.

TIP. Add a clove nail in each shot glass, as this is seen as “good luck”.